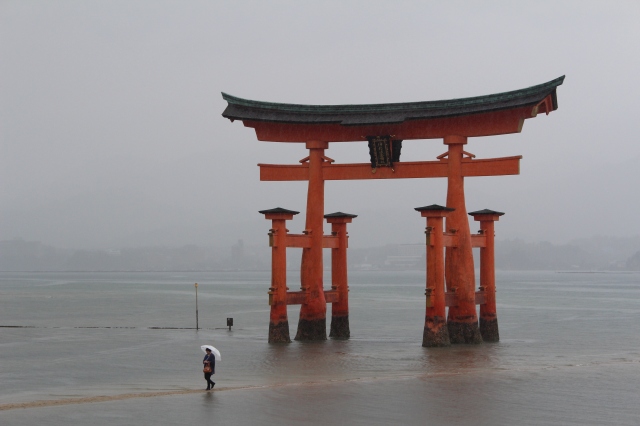 They’re mesmerised by the temple itself which seems to float on water at high tide. From the boardwalks they have an amazing view of the famous Torii gate out in the bay. 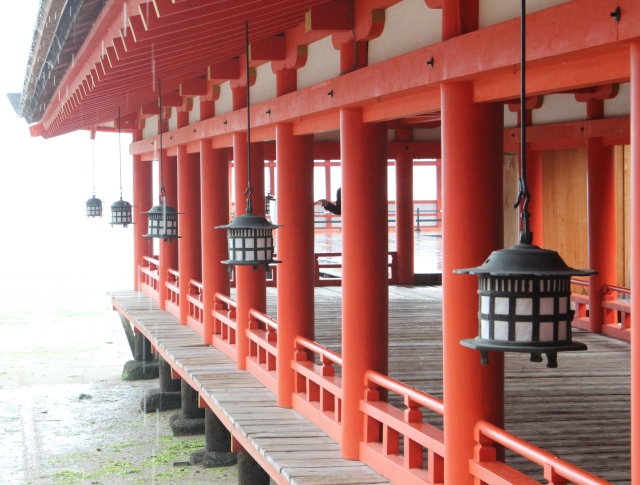 The more adventurous tourist climbs the mountain. If they stop halfway up at the Daisho-in Temple they would probably head up the wide stairway to the pagoda. 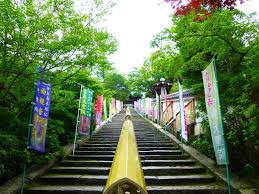 However, if they took a little hidden path on the left of the entrance gate, into a pretty garden of greenery, cherry trees and moss, and meander up steep small stone steps, they would discover the magical world of 500 buddhas.

I’m the only person in the garden at first. It’s cold and has just stopped raining. The Buddhas wear little crocheted beanies to keep them warm, I’m sure. 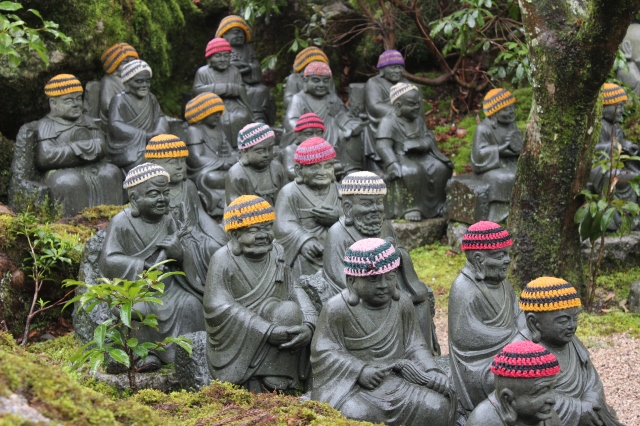 They watch me climb the steps.
One little guy cheers when he sees me. 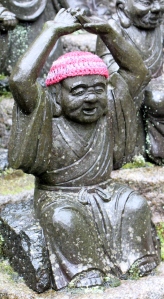 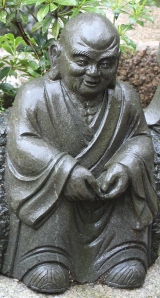 Another glances at me shyly. I do a double take on one who looks just like my father.

Every single one of those 500 Buddhas has a unique face. And an exclusive personality that shines through so strongly they seem like real people. It’s like I’m meeting all these new friends for the first time. I immediately warm to some and stop to talk. I tenderly pick a brown leaf off someone’s nose. A few I glance at warily and keep my distance.

When I stand in front of the shrine at the top of the hill I bow my head. I pray for just a little of that ability to create such distinct individual characters as skilfully in my writing. 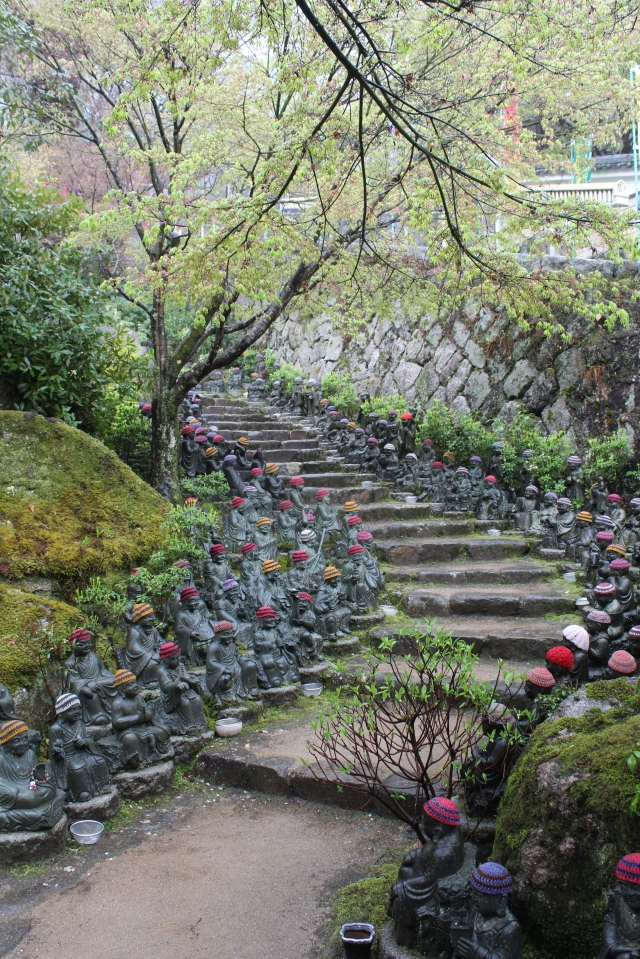